Oh, how much can change in a week!

I missed the Bachelorette finale Monday AND Tuesday.

No live Tweets either!

I started a RHONY recap … but have yet to watch part three.

At this point, my DVR is fuller than my milk ducts.

I’m not writing this to complain that my TV time has been taken away, or that I feel sorry for myself because it’s now breastfeeding over binge watching, or that I will never be able to post about the petty lives of celebrities again. Instead, I’m writing this in reflection (& celebration!!) of my first week as a new mom. Don’t worry, this won’t turn into a mommy blog, and I won’t gush on and on about truly amazing the motherhood experience has been (even though it’s the craziest, best thing I’ve ever done). But, what is it that Thomas Rhett sings? “Life chaaaaanges…” (Any country fans out there?)

I actually started this blog as a hobby to help distract me from the fact we were struggling to get pregnant. Now here we are; he’s here! My schedule doesn’t revolve around Bravo’s anymore, but rather, it revolves around 6 lbs of cuteness; my husband now discusses his favorite diaper brands, rather than the latest baseball scores. Nothing has been taken away though, only gained. I’m so blessed. And yes, I will still obsess over what a privileged, middle-aged woman said about her friends #guiltypleasure …. I just may not get to watch it or blog it as quickly or often as I used to.  And I’m perfectly okay with that!

Plus, Twitter & IG will be stay quite active, so always check in there to see what’s new!

For those missing the blog a bit, I added my notes (or what notes I had pre-labor) from the New York Reunion … see below! 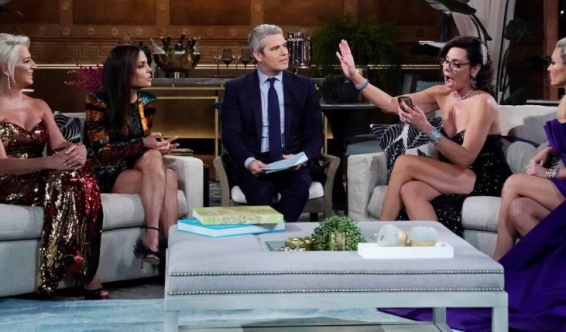 So much to unpack, but I’m glad you’re here!

Before getting into the main topics of this first part of the reunion, I must say how fabulous all the ladies looked, even Lu with all her Claire accessories she was rocking (I can’t take credit for that joke; saw it on social media!). I thought each dress was unique to each housewife and the colors all went together well ….. unlike another city currently airing it’s reunion.

Okay so part one! The beginning of it focused quite a bit on Bethenny and everything she went through this season, from Dennis’s death to her own near death/allergy attack towards the end of the season. I don’t know if any of the other women on the couches would have been able to contain themselves or keep it as together this season as well as B did, despite everything she went through. Yes, I know she cracked under the pressure at dinner in Miami, but even then she was able to calm herself back down and be reasonable. As far as the reunion, I was happy she shared more into her relationship with Dennis and the dynamics of how it was so back and forth. I think gaining this much insight into what Bethenny went through this season will help viewers understand her feelings more toward Lu’s behavior that essentially will be discussed in further parts of the reunion.

Speaking of Lu, the remainder of the episode focused on Dorinda and Luann’s falling out stemming from last season’s “At least I didn’t get a mugshot!” drama and the Jovani of it all. 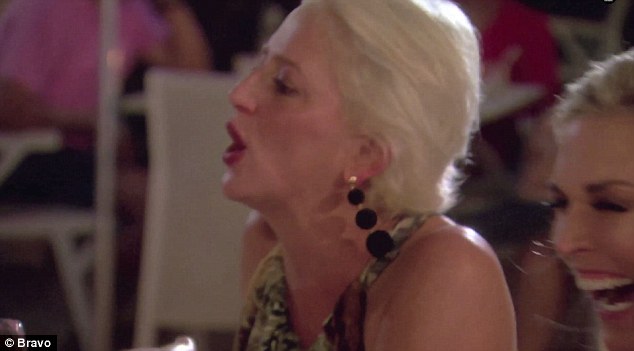 “I don’t feel like you have any substance anymore.” Even last season, I never really understood where this huuuuge fight between them started. Let’s try. So Dorinda was hurt last year when Luann said “Oh here we go” or something about having another drink while they were on vacation in Cartengena. Then Dorinda made her famous, “At least I don’t have a mugshot” comment. Next, came the fact that Dorinda got Luann all those cabaret dresses (plus supported her in other ways), only to have Luann uninvite John to the show (which got brought up at this reunion, but I just don’t have the patience to discuss; I mean did she or didn’t she? Those texts didn’t solve anything for me). So Dorinda heckled Luann (yes, what she did was heckling), they talked about each other in the press all summer, and that’s where this season picked up??

I guess my summary of it was Dorinda felt she supported Luann, yet Lu wasn’t grateful, and Luann didn’t feel supported by Dorinda. However, the two hugged it out at the reunion, so we’ll see if everything truly is dropped, despite the fact that Andy “dropped” Lu’s new song, “Jovani” right in Dorinda’s lap. 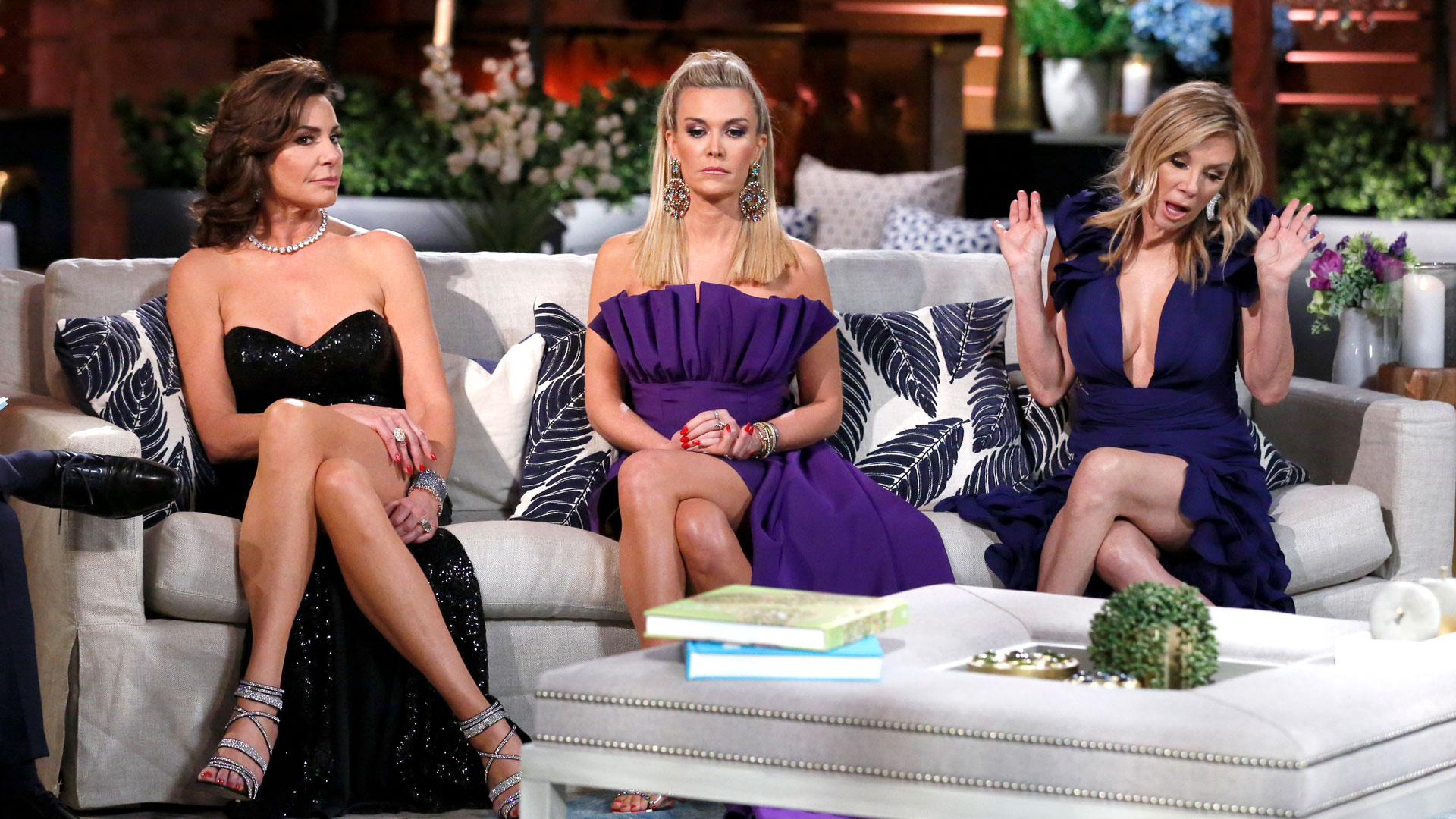 AND … THE SHADE OF BRAVO TOASTING WITH VIRGIN MIMOSAS AFTER THAT WAS THE DRINK LU RELAPSED ON! What a way to cap off an amazing season!