In this pocket- sized edition of Ra-hony, I want to cover four things…

Point 1: Am I the only one confused about this fight? Is it just because Bethenny called Adam an operator? Is it because Carole didn’t support Bethenny with Puerto Rico? Is there something deeper we are missing? OH! What about Carole dragging Luann into it (“You called Luann a loser!”) & Lu and B almost squaring off (which luckily they got over quick) ??? How funny was it though, when Carole and Bethenny started round two as the girls were partying downstairs LOL LOL LOL LOL !!!! And after all of it, I think they made up in the end? Does anyone know for sure? Oh well, B liked my tweet (see below), so I’m team Bethenny all the way!

Point 2: “And he has some busted up, banged up girlfriend!” This whole scene could not have been better: the “keep quiet” head shake by Ramona, Bethenny’s use of the the terms ‘girl code’ & ‘uncool,’ and the ending with Lu calling him a dick, exclamation point … PRICELESS! What makes it even crazier is we all know this leads to what happens in Palm Springs over Christmas Eve, as Luann discussed taking her soon to be infamous trip.

Point 3: First off, WHY IS HER DOG IN THE STREET? Maybe that wasn’t the first thing you noticed, perhaps instead it was Ramona answering, “This is Ramona” like, do you not have Bethenny saved in your phone? Per their conversation, Ramona totally enjoys when other people argue! (umm, who threw out the word “puppet” in regards to the Bethenny/Carole fight??) Ramona also immediately ran to Carole at the blood drive, spewing that Bethenny thinks Carole’s lonely & sad … but lastly, what might be most noteworthy here is the iconic Ra. mon. uh. yell. ing. at. some. one. sound. ing. like. a. type. write. rrrr. mom. ment! (Head tilt, head tilt, head tilt). “Oh. my. gosh. Beth. enny! You. do. not. su. pport. other. women!”

Point 4: Thinking the episode was over, I looked forward to watching the “next time” moment, but quickly learned I was not ready;  I was left SHOOK!!! THE MOMENT HAS COME FOR LUANN’S ARREST AND BRAVO PLAYED A NEVER BEFORE SCENE PORTION OF THE FREAKING POLICE VIDEO ON THE NEXT TIME SEQUENCE!! THEN, the news footage was played, where you can clearly see she’s wasted; did you know the judge told her to stop drinking and to get a lawyer ? I didn’t. THEN, all the girls were gossiping gossiping gossiping. Next week’s episode is going to be TELEVISION CHANGING!!!!!!!!!!!!!!!!!!!!!!!!!!!! 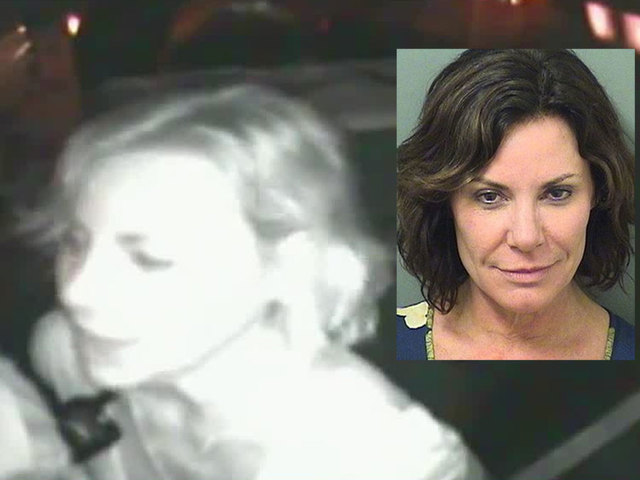 RHONY is the gift that keeps on giving and has been the best franchise for a while now. If you disagree, @ me! No really! Please follow me on Twitter @myhollywoodh & Instagram at myhollywoodhangover !!!!