My view count of nominated movies now sits at 2/9!

Go me! I realized the other day I have a little bit of time seeing as the Academy Awards don’t air until March 4th. The hubs and I have seen Get Out and now Dunkirk, with Lady Bird and Twelve Billboards being the next on our “to watch” list.  But for this week, we traveled back to World War II to see if Harry Styles really could act or not.

Okay chill, that was a joke; of course he can act; Harry Styles can do anything. More important than Harry is the plot of the film and it’s retelling of the rescue of over 300,000 Allied troops from Dunkirk to England in 1940. Now class, please refer to the map below to understand the significance of this rescue. 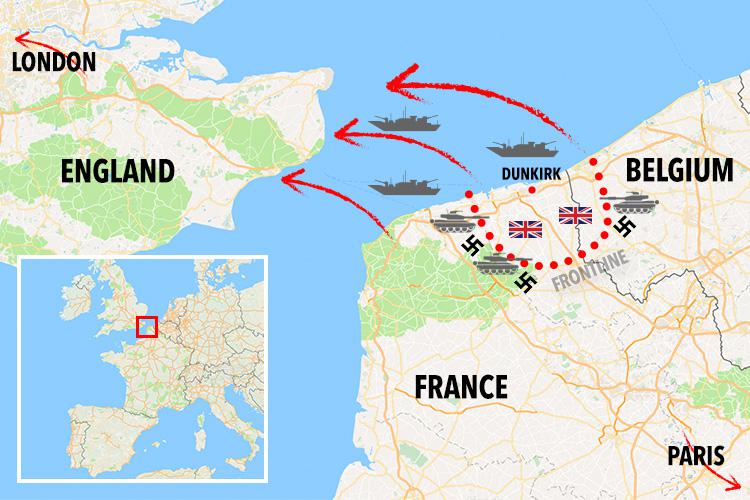 As you can see, the bad guy or the Enemy as called in the film, surround the troops who were literally in lines waiting for their rescue, either from the Navy or Air Force. Yet, not much help was coming. This is one (OF THE MANY) thing I hate about war depictions in film … the sitting and waiting of troops with the enemies lurking close by. I completely understand this was real life and is why the film was made in the first place, but there goes my gel manicure every. single. time.

It took me a while to figure out there were three story lines going on simultaneously, yet at different intervals of time. I think that’s how I would explain it, right? There is the story line of all the troops waiting on shore and their story is told over a week’s time during the film.

Then there is the story line of the cutest dad and son (& random other kid who sadly dies — didn’t really get the point of him being in the film … unless he was a real person, in which RIP) traveling through treacherous, war filled sea, to help rescue the men on shore. This boat they take to save the soldiers is a straight up … oh I don’t know … vacation boat? Tourist boat? Definitely not a war boat! 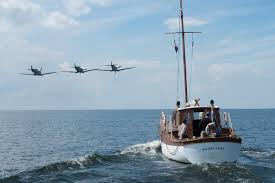 Their story lasts only an hour in time over the course of the film.

Finally, there are the men in the air, one being the legend known as Tom Hardy. From what I could understand, there are three pilots, two get shot down, the little vacation boat I mentioned above picks up one of the pilots, and Tom Hardy lands on the shore of Dunkirk…? (Fact checkers or intense movie fans, feel free to correct me here). The pilots’ story is only an hour in time over the course of the film. 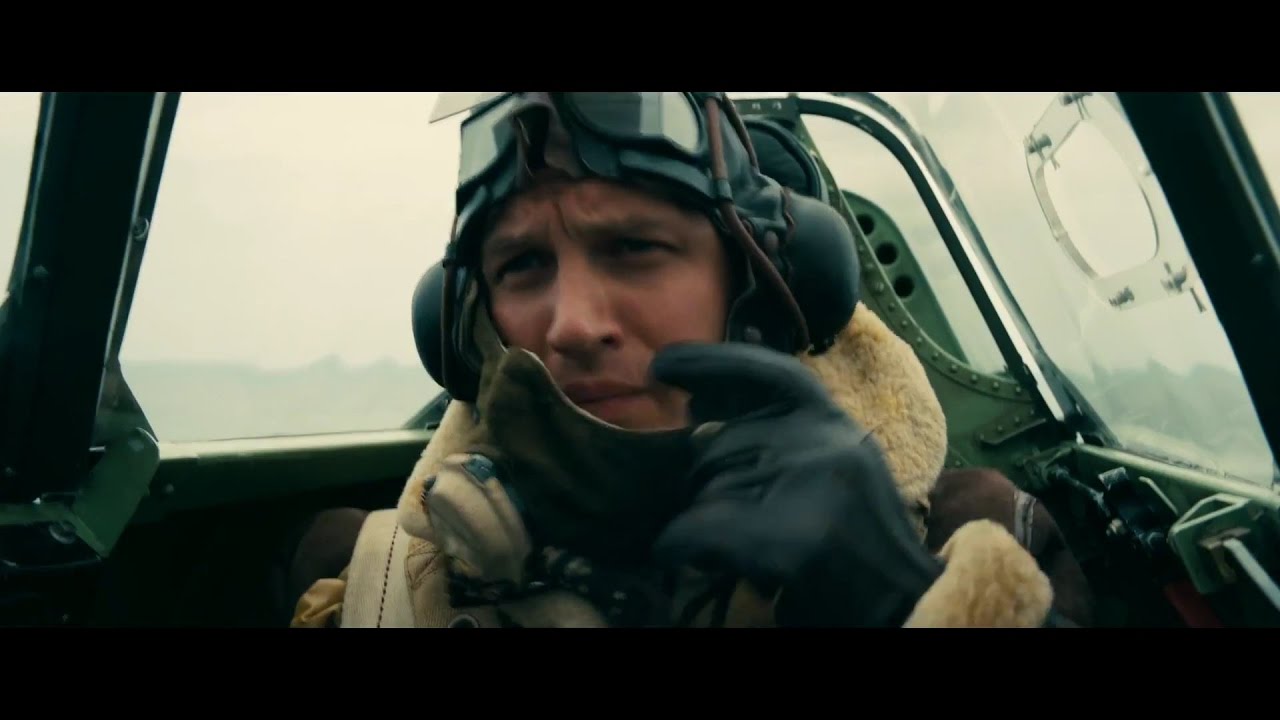 I’ve read and heard from others who have seen the movie, that the lack of dialogue contributed to a low rating of the film. In my opinion, that is precisely the point of the plot.

As I said, these men were literally trapped, with the enemy closing in. I really don’t think they are going to sit down and have a long discussion about the state of the world; they’re just trying to survive it. Plus, nothing can go right. The troops on shore (especially the three men being followed for the plot) try two or three attempts to get off the shore, only to have something bad happen. Once, they literally are in the water only to float back to shore. The dad and son experience a tragedy while going to the Dunkirk shore, but keep going anyway. Finally, the three men in the air? The story ends with only one. Plus, the shore, boat, & air plot lines eventually all come to intersect, which to me was so so so fascinating, so sorry fans that wanted a ton of dialogue to strengthen the film. #8.1onIMDB

If you’re interest in this film is not yet peaked, I’m sure these two words will do it: Harry Styles. 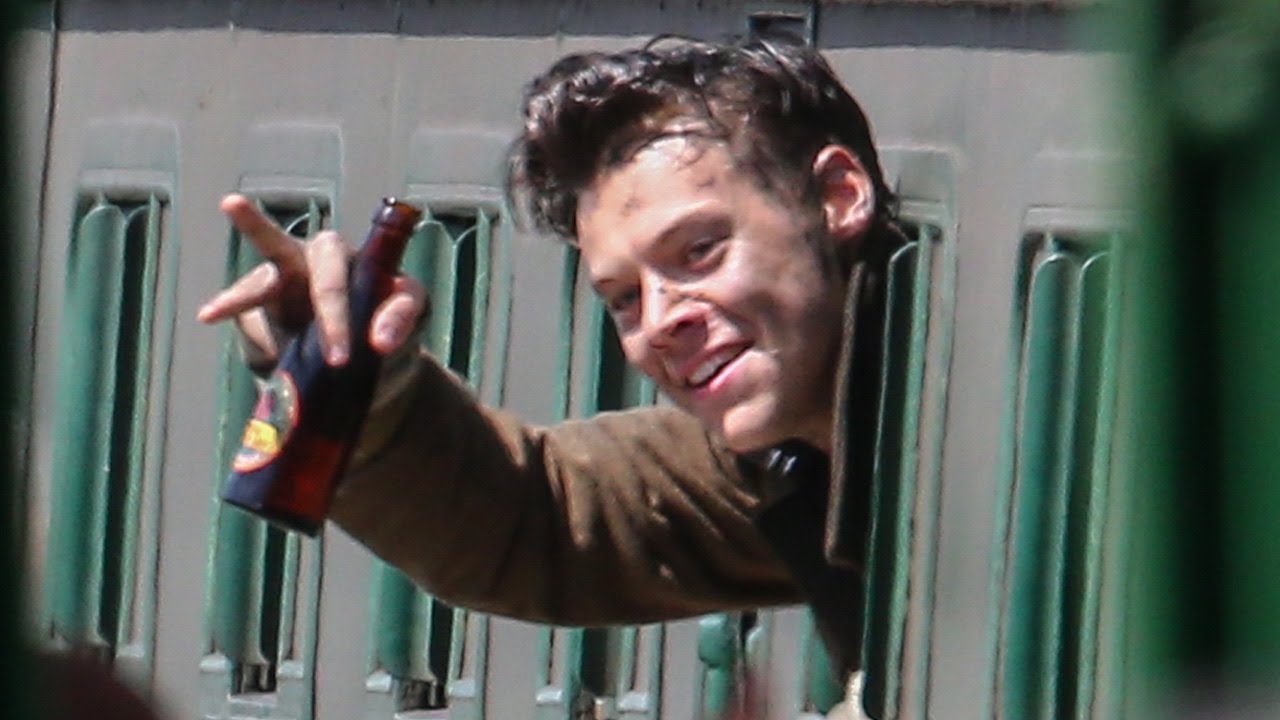 I kept trying to think of how I would describe Harry’s acting chops or how I felt about him in the film. I still am not able to put it into words. The best I could come up with are that a) I have never loved him more (& I never really loved him in the first place) and b) if you didn’t know that was HS, you would have appreciated him just the same. With the latter I mean, he did nothing to stand out as Harry Styles, which I think is important because then you buy into him as a soldier and you don’t see Harry Styles each time he’s in a scene. You just experience the film.

“When I was growing up in the house, we’d watch the Oscars.” — Billy Crystal

Me too, Mr. Crystal. I believe Dunkirk is a perfect film to be nominated for an Oscar. Do I think it will win? No. Was I disappointed that I watched? Not in the least!