This season is too good!

If you are someone I see or text on a regular basis (cough, Becky, Alyssa, Kristin, Cindy) and you ARE NOT watching season 6 of Vanderpump Rules, GO BINGE IT NOW! FIND A WAY! I don’t even care if you know nothing about seasons 1-5 … I’ll fill you in! Even if I don’t talk to you regularly, go binge this season if you aren’t already watching!

Now, if you are currently watching this season (Mack, Stephanie, Joleen & Xchel) or just follow my blog in general … keep living the good life!

Okay so this episode starts at Jax and Brittany’s housewarming party (EYE ROLL!), right after Brittany heard the recording Faith made of Jax. Here is what we learned from the recording according to the girls, because I think legally we as viewers can’t listen to it: 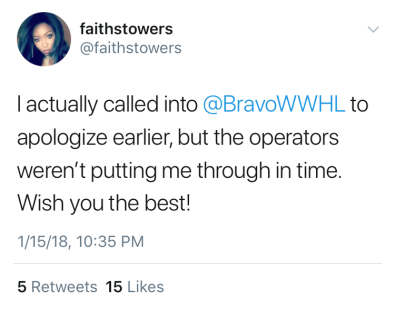 The same night the episode of Brittany hearing the recording, crying her eyes out, and cursing until her face is red aired, was the same night she was on WWHL with Andy. Andy asked her about a ring Jax had been seen wearing on his left ring finger and Brittany said she thinks Jax is getting the marriage itch. OMG it’s so sickening to me that she’s still with him!

I want to support Brittany (I really really really do) because I love her so much, but after the recording and the way he talks to her later in the episode, I just can’t feel bad for her anymore if she’s still with him.

Speaking of support, I LOVE how much the girls rally behind Brittany. First of all Lala Kent needs to be the voice and face of women’s rights … like can we re-brand Rosie the Riveter, but with Lala’s picture on it?

She’s having a great season. Ariana is also having a good season, despite what Sandoval says. While I agree that it wasn’t the best time to play the recording at 1am while everyone was wasted, Ariana and Lala were probs wasted too (and everything sounds like a good idea when you’re wasted). So step off Tom because Brittany needed to hear the recording and any other time, maybe the girls wouldn’t have had the courage to play it for her.

Second, when all the guys left the apartment, how funny was Ariana when she was all “it’s fine; we have all the artichoke dip and jello shots!” Finally, who is the last person Ariana would take with her to go confront TomTom & Jax … KRISTEN! Yet, there they go together down the hall. In fact, while on Watch What Happens Live with Britt, Ariana said her and Kristen are in some sort of cool/good place!

Guess who else is having an amazing season?! Mr. James Kennedy himself! First off, him meeting with Lisa after the party was THE BEST scene from the whole episode!

The moment of him throwing his hands up in the air when describing Brittany, but also his making (& naming) of his DJ fliers & the passing out of them … I just cant even! So funny! I put the actual loop of “Whhhhhhhy!!” (or gif if you will) on twitter and James actually retweeted it, so you can find it there. But he’s killing it this season even further back from drinking absinthe with Jax, to bringing the toilet paper cake, to drinks with the guys and his judgey mcjudge face (that we were all making at home), to his successful DJ scenes this episode with only a Shirley Temple in his system! Proud of you James!

Next week though, it looks like James gets into it with Lala over James’s girlfriend, Raquel. Also next week, Mama Cartwright (Brittany’s mom) makes a surprise visit, much to the dismay of Jax by the looks of it. But honestly, until he can stop twisting everything around on Brittany, Brittany needs all the reinforcements she can get!