Why are more people not talking about this show?

And when talking about the show, one must use the phrase “one” and then a verb because that’s how Elizabeth talks and one must keep it classy here at MHH!

I mean honestly, if more of you knew the tea spilled in this show about a real life Royal family, the sound of jaws hitting the floor would be deafening.  Here is a tiny list: Elizabeth & Philip’s shaky marriage, Elizabeth’s uncle’s (the former king) suspicious relationship with Hitler, the former Prime Minister’s serious drug problem, and the many partners of Princess Margaret’s husband. Not to mention the horrible things Jackie Kennedy said about the Queen!

Now, one is also a 29 year old basic B, who drinks wine while watching the show for entertainment purposes, not a history lesson. While one may have googled each episode to see what was actually true and what wasn’t, please keep in mind during this post, I’ll probs spout fallacies (shout out to Jackie O & GWNJ for that new catch phrase!). Again, remember as you read, one is not a freaking historian.

The first thing one must comment on about the show is how beautiful each scene is. Seriously one would love to spend the night in the palace, but more so than that, one would love to just be transported back to London in the 1950’s. But one is not here to discuss beauty, one is here to spill tea (ah! Tea! England; just realized! I looooove it!!), so let’s begin!

Elizabeth & Philip didn’t have the strongest of marriages.

Philip felt second fiddle to Elizabeth so in the first few episodes of the season, he’s sent off to travel the world and visit countries in the name of England. Add in a ballerina and a horrible private secretary (I think one calls them assistants in America) and one is left to wonder if Philip and Elizabeth will make it out together at the end of the season. Never fear though; it all comes to a head in the season finale.

After Margaret’s heartbreak in the first season, one can’t imagine it getting much worse for her. But then Marg marries this horrible photographer who … how do I say this … has a wandering eye (and acts on it). One doesn’t even know why he decides to marry Margaret (to please his mother?) because, to quote the show, “the narrow path is not to his taste.” (seriously, he sleeps with a married couple, as in BOTH people!)

One researched this heavily and a majority of it’s true! Not only that, but Marg and Tony had two children together, fought constantly, stepped outside their marriage (actually I’m not fully sure Margaret did), and sadly (well maybe not sadly) got divorced. One thought this would be the only scandalously event during the time for the family; one would be wrong. Ugh, and POOR MARGARET after the whole Peter Townsend disaster.

Prime Minister Eden (who followed Churchill) had a drug problem & embarrassed the country.

Ah yes, you see Prime Minister Eden there from the show, so high he passed out (this scene actually ends the final episode of the first season if one remembers correctly). One understands that drugs during this time were not administered in the same way they are today, plus doctors weren’t fully aware of the effects (especially addictive effects) those drugs could have. So I guess Eden gets a pass for being an addict …? However, he does not get a pass on the Suez Crisis. Google it.

Elizabeth’s uncle Edward VIII, who abdicated the throne, may also have conspired with Hitler.

Edward just caused mad drama for this family. He abdicated (or gave up) the role as king in order to marry some crazy American (they couldn’t marry because she was a divorcee; the scandal!!). THEN it comes out later in the season Edward had met with Hitler and exchanged letters with Nazi soldiers. The show even displays pictures of this at the end of the episode (2×6). If you don’t believe me, again, I say, google it. 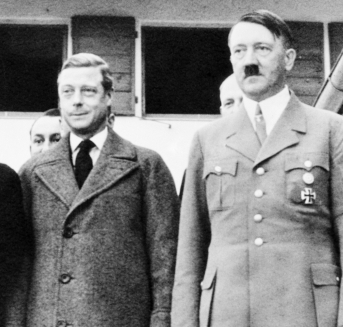 Jackie Kennedy and Queen Elizabeth had a Real Housewife moment. 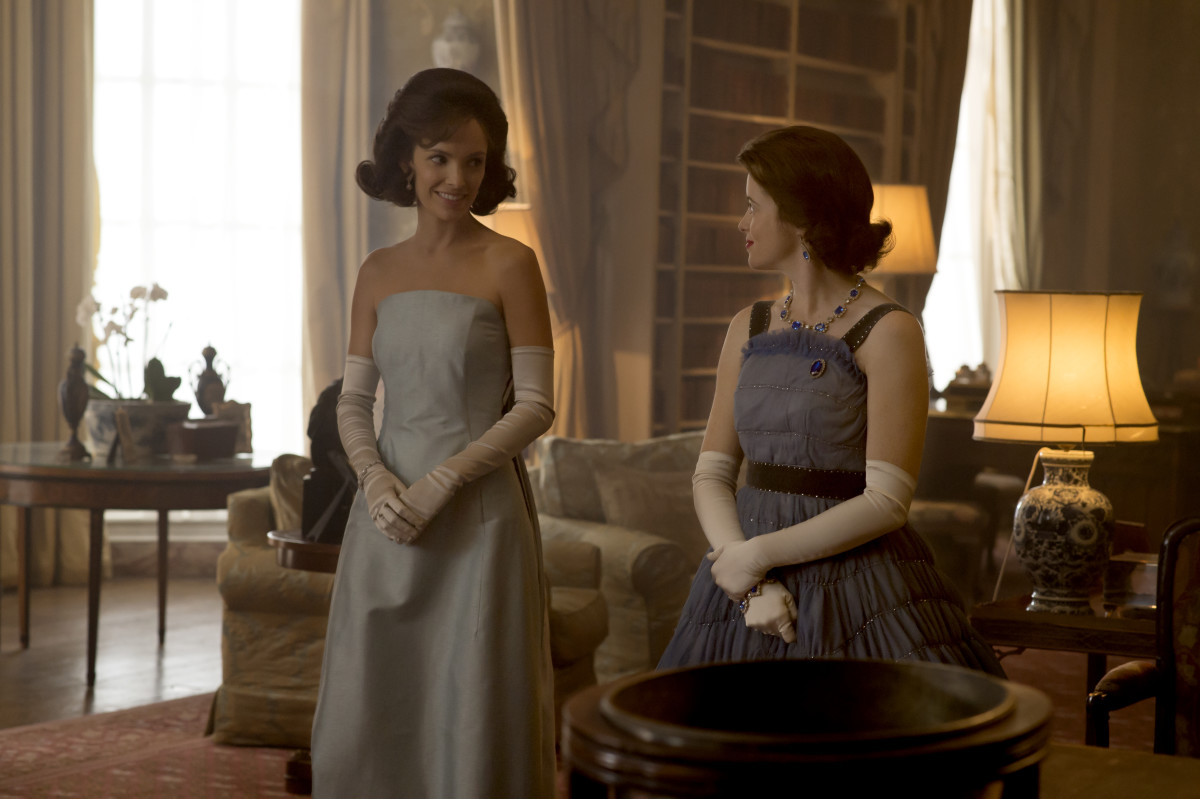 So this interaction is a little more wishy-washy when trying to find the truth in it. Yes, Jackie & Jack came to Buckingham Palace for dinner. Yes, Jackie returned for another visit several months later. Did the Queen give Jackie a personal tour o f the palace? IDK. Did they cuddle puppies together? IDK. Did Jackie shade the Queen? IDK. Did Jackie return to apologize because of that shade? IDK. Did Jackie admit her and Jack did drugs together?!?!?!?!?!?!? I kind of hope so because that. would. be. nuts! Listen, scandal followed the Kennedys their whole public lives, and as one is learning, it followed the Windsors as well, so clearly there had to be some sort of drama when the two families met.

Prince Philip had a horrible childhood and may have taken it out on Charles.

First, one must admit how much of a pansy Charles was and how much he still sucks as a person. Which probs let Philip to be so hard on him; Charles just sucked at life and Philip wanted him to be better.

Prince Philip obviously wanted better for himself too: he attending this awful school, his closest sister was married to a Nazi, and then she died in a plane crash, leaving Philip to march behind her casket, in Germany, surrounded by Hitler loyalists. Whether or not Philip built an entire stone wall at school by himself after his sister’s death is true (2×9 — a very emotional scene), one comes to understand why Philip wanted his own son (Charles) to be tough.

But, one thinks Charles just had too big of ears and was doomed to be an awful person not matter what Philip tried to instill in him. 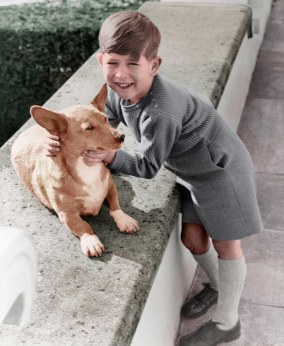 Well, here is the end of your history lesson for today. Next up to watch is a documentary titled The Royal House of Windsor, that one assumes would explain truth behind the family, history, and events The Crown has presented. So maybe some of the tea split today will later be found out untrue, but it’s much more fun believing the award winning show, right?