Orange County is back! But, before we get into a popular girl discussion or who wants to be like who, I want to briefly discuss just decent human beings. I recently subscribed to a new podcast, Married to Bravo, and became insta friends with the creator, Joleen Lunzer. 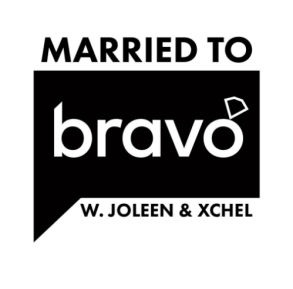 I loved her concept for the show: that she’d force her husband to not only watch Bravo, but then go back and recap/discuss for a podcast. I asked Joleen for a blog shoutout on her newest podcast episode AND SHE DID IT! She seriously said the nicest things about MHH, encouraged her listeners to follow, and just gave overall support to a total stranger. So world, there are decent people, not even decent but genuinely kind people, out there and it makes me feel better about dark days that occur. Find their podcast on iTunes now!

Moving on to not so decent people…this week we welcomed back the original housewives: Orange County! Last season didn’t end well; in fact this episode started off showing images of a beach with audio playing of the women screaming at each other from last season. Gone is Heather, we welcome Lydia back, and I still have to see Kelly Dodd on my screen. 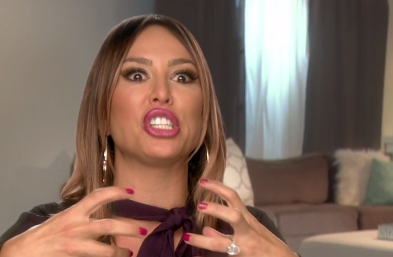 Anybody read about Kelly’s 4th of July fight? Hmm anyway, the episode starts with Shannon chasing after the new dog she got her three daughters and then boom! right into another depressing storyline for Shannon. This time it’s about her 40 pound weight gain, her low confidence, and how David has distanced himself from her even though he surprised her last season with a vow renewal. I’ve always always liked and supported Shannon, but I’m not here for a sad season from her where she’s constantly crying about her life. Be strong for your girls! Not only that, but you have infinite support in the social media world: you’re not the first to gain weight, you’re not the first to have a shitty husband; show your girls how a strong female dusts herself off and lives LIFE! 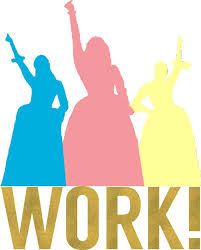 That’s probably all I’m going to say about Shannon in this post because she already gets in a fight the next episode with Lydia (of all people) and like I said, I’m just not here to watch an unhappy Shannon spiral this season. Speaking of Lydia, she’s back! 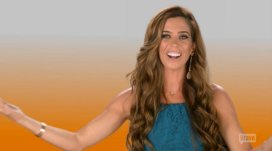 Not going to lie, I wasn’t her biggest fan when she first appeared back in season eight, but I think I may like her rainbow and sparkle attitude this season. I don’t like that she’s going to go head to head with my girl Shannon, but I appreciate Lydia trying to bring the ladies together (Vicki & Tamra) because obvi you know that will bring drama. Also, major props to Lydia for raising three little boys! (I’m also curious to see how well Lydia takes to Kelly because we all know how pleasant Kelly can be) 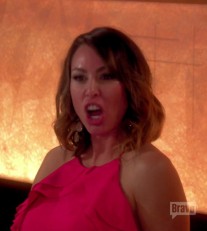 On the subject of  Kelly, her and Vicki are apparently still friends and make it known they want to be the popular girls this season.

Really no one cares. But we do care that Vicki has a new man in her life named Steve. He seems normal enough, which makes me wonder why he’s with Vicki (BECAUSE SHE MENTIONED SHE MISSED HER RELATIONSHIP WITH BROOKS!). As much grief I’ll give Vicki this season, there is one thing she’s amazing at and that’s being supportive of her family. Enter Briana (who I freaking adore and was so happy to see on my screen!). Since Briana’s husband is still not back in the OC, Vicki is helping her out with Briana’s two toddler boys. That motherly love is unshakeable and I appreciate the heck out of it about Vicki! 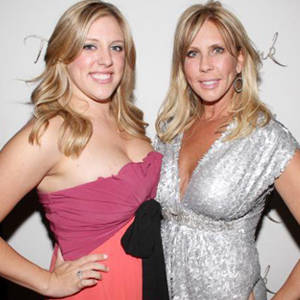 Speaking of mothers, we meet Meghan’s new baby girl. We see Jimmy being an awesome dad annnnd that’s about the end of that story line. Don’t get me wrong, I’m stoked for Megan to be a mom because I know last season was hell for her with her injections and feeling abandoned by Jimmy, but like, cool you have a baby; do more investigative work like calling hospitals for doctor records and such, Meghan.

After the premiere of season 12, on Twitter (@myhollywoodh) many of the housewife accounts I follow were saying they weren’t impressed with the episode and all I could think was “Whaaa!” Now as I’m reviewing my notes, I can see what they meant; I must have been blinded by the excitement of the franchise returning and the champs I drank to celebrate it.

Soooooooooo, Tamra goes to Lydia’s Bible study group and cries again about how she doesn’t have a relationship with her daughter (maybe don’t talk about it on national television?), Tamra works out at Cut Fitness and Eddie shows up (he’s not gay), and Tamra goes dress shopping with Shannon and their daughters.

Oh! Then there’s a Dallas Housewives trailer that is shown halfway through …

Ummm, the episode ends with Vicki having lunch with Lydia, who she calls “Disneyland all the time.” Lydia wants to understand the Vicki and Tamra breakup, which is leading me to believe she’ll try to get them back together … 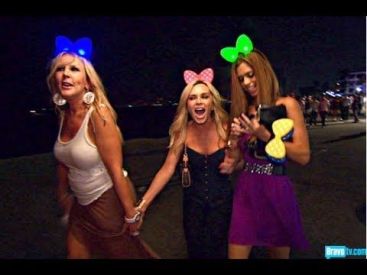 but to that I say, “Good luck Lydia!”

While OC is one of my favorite franchises, I’m not sure yet who is my standout favorite cast member this season, maybe Lydia? I like Disneyland quite a bit. Plus in next week’s episode, Lydia straight up tells Shannon they won’t get along, so there’s that. Honestly, never judge a housewife season based off the first episode anyway. We have much to look forward to friends; I’m sure of it. 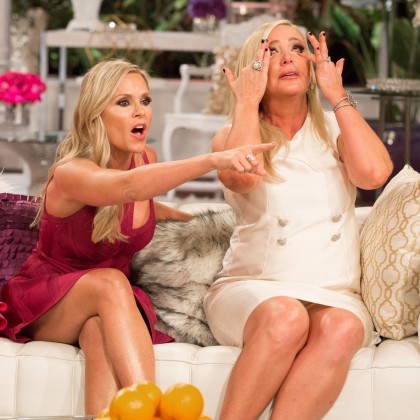 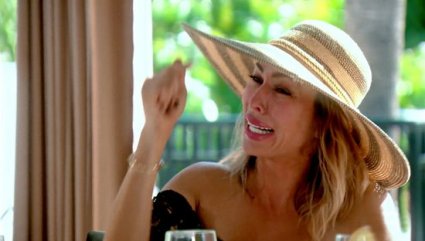 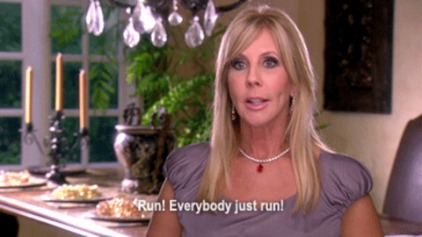